Interest Facts to Emerge from The Apple & Epic Lawsuit 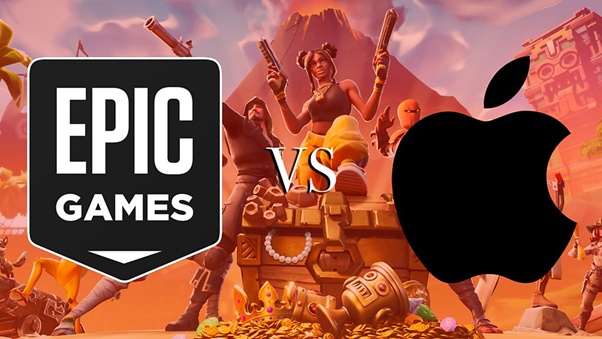 Toward the end of last year when it emerged that there would be an ongoing legal battle between Epic Games and Apple, there had been hopes that it would lead to changes in different application marketplaces that would perhaps allow for an expansion of services available, some of the biggest services at Wish casinos for example had been eager for adjustment – but in the course of the legal battle, other information has been revealed that has made things that much more interesting.

Figures behind Fortnite’s huge success – Much of the argument between both companies early on had been around how successful Fortnite actually has been, and how much of that success can be attributed to Apple’s own marketplace where it was widely represented. It had been announced that the game was able to make over $9 billion from the start of 2018 to the end of 2019, and for some a clear indication why legal action had been chased for the changes to the direct payment method that occurred particularly for the mobile version of the game.

Whilst the game is profitable, the platform isn’t – Whilst Fortnite itself has had such huge revenue, the same can’t be said for the Epic Games Store that looked to disrupt the PC gaming market as a whole – documents have revealed that the platform isn’t expected to be profitable until 2024 despite the huge successes of their flagship game. Given the number of free titles offered out and the big exclusivity deals signed in recent years, it may not be of huge surprise to many, but does in some way show why the mobile application space had been so important to the company, given how much revenue is generated from that space alone in particular.

Epic’s efforts may not be able to unseat the app store – Given the hope from many fans and developers that the efforts from Epic could instil big changes into the mobile marketplaces moving forward, but it seems the opposite could be true. Whilst the 30% tariff has already been adjusted for the smaller developers, the profits announced and other factors in the case make it seem more likely that change isn’t on the way, and although there had been suggestions that Apple may offer special terms to some, that is something yet to be announced.

It was certainly an interest proposition that change could be on the way, and it’s unlikely the legal battle will be resolved despite efforts to see things slowly rounding out within the next few days, this will only be the start of the arguments surrounding the big app marketplaces and how developers best interact with them, and what potential changes they may bring.