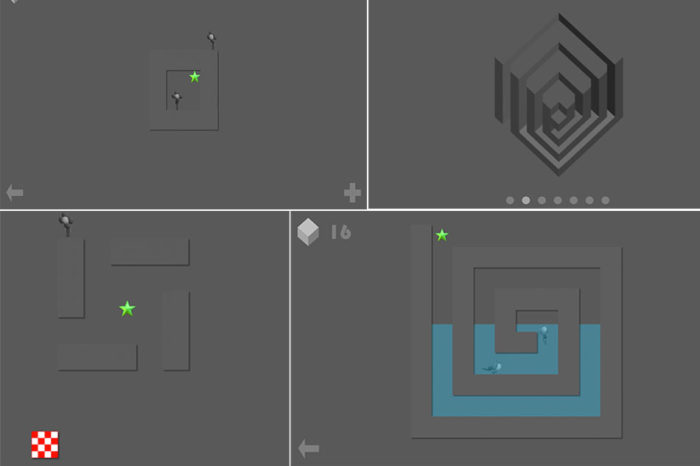 Do you know a good puzzle game is hard to build and making a puzzle game is certainly no piece of cake! These games are created keeping the players in mind. There are many things which are kept in mind to create a puzzle game, regardless of any age limit or gender. The main motive of a game should be not only beating or winning, but also understanding the game. Today, I have a new innovative puzzle game that you will fall in love with. It’s called “RollRollRoll”.

The app has been designed by Kaleidospace and is compatible with iPad, iPod and iPhone having the latest version of the Operating system. It’s a puzzle game with more than 140 fun puzzles across 7 different stages. Each stage is unique in quality, but the mission is somewhat similar.

What makes RollRollRoll truly different is instead of existing methods of playing blocks such as piling or fitting, you can also ‘rotate’ the blocks. In a rolling, spinning world, there are two characters ‘L’ and ‘R’, similar but different, fall and get stuck into a hole and disappear. Crossing while going, slipping while crossing, hanging while slipping, overturning while hanging, falling when overturning, flying while falling; seems that they are sometimes inside or outside, appear or disappear, chase or be chased. What is their future? Can they really see each other or get separated forever? You have to find out in this game. Solve the trick!

With the simple touch of your finger, you’ll be able to strategically rotate puzzle blocks to fit and advance to the next level. You can drag your screen to rotate the blocks and press tab to move or jump the character. To pick an item you can drag that. If the blocks are not clearly visible, then you can zoom out that. So go as far as you can and reach to the highest level. You can share your score on social media also if you want to.

This amazing app allows users to challenge physics to solve each puzzle. New obstacles are being added such as elevator, pipe, water and teleport to make the game more challenging and interesting. This game is easy to use but difficult to put down. RollRollRoll is a super-addictive gameplay. Once, you get into it you’ll never get bored.

The graphics of the game are just awesome. The colors are soothing and the music is also very happy and refreshing.

So overall I would say that RollRollRoll is a game which you can’t forget in your whole lifetime. It is different from other puzzle games.

This game has not yet been released on the market. It will be launched in the first half of year 2017. You can find more information about it on its official website.

Be ready to play this game and build your skills and reach the hills.